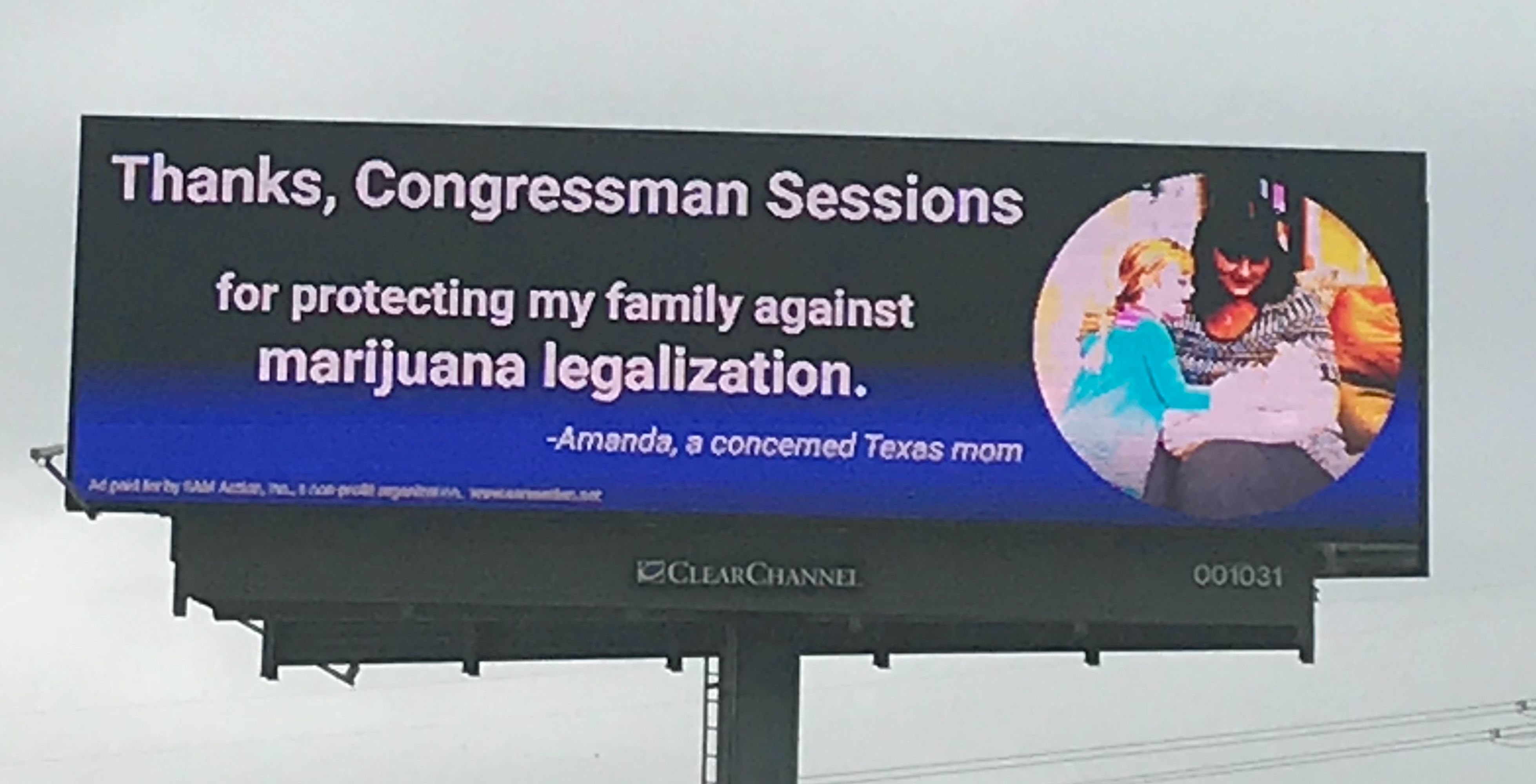 The billboard acknowledges Rep. Sessions who, in his role as chair of the U.S. House Rules Committee, blocked multiple amendments related to marijuana. His efforts helped reduce the exposure of Texas children and teens to marijuana by putting additional protective measures in place.

The campaign features a digital billboard that supports Congressman Sessions' fight to protect his constituents against the predatory tactics of the marijuana industry. The sign, located near his district office on U.S. Highway 75 and paid for by SAM Action, features a local Dallas-area mother expressing her thanks for Sessions' standing up to the marijuana industry. Members of drug prevention group Drug Prevention Resources, based in Irving, TX, issued messages of support for the billboard.

"The marijuana industry, egged on by a politician from Portland, Oregon who is bankrolled by the pot lobby, has decided to target Congressman Sessions for championing his constituents health and safety," said Kevin A. Sabet, President of SAM Action. "The pot lobby can't stand having someone standing up to their addiction-for-profit tactics. But his constituents know better, and our billboard reflects their gratitude."

"As an adolescent counselor, and more importantly as a mom of small children, I just can't stand by while attempts are made to misrepresent the facts about marijuana," said Amanda Esquivel.

"Science tells us that the adolescent brain isn't completely developed until the mid-20s," said Dr. David Henderson, clinical psychiatrist with Four Stones Collaborative Group. "The use of marijuana can have a detrimental and potentially long-term effect on that development."

The billboard will run all this week in its current location.

Heartfelt thanks to Counselor Amanda and our board member Dr. David Henderson.